I have often been asked by fellow musicians and friends why I don't even write down what I have experienced in 40 years as a travelling musician. "Who cares?" was my question just as often. Probably no one.  I lead a simple life. I don't need big cutlery, no chichi, no expensive hotels (okay, sometimes it's nice to live in one, but can as well be also modest), I don't need prices and no medals, and I don't have to go on TV either. I don't like the vain fuss or the whole theatre that "artists" like to do. I just want to play the accordion, and if anyone else besides me likes it, it's a gift I accept gratefully. Such gifts have been given to me in all these years. Thank you, dear public!

And my heartfelt thanks also go to the great Kieran Halpin for the touching title "Simple Life" on his latest CD "Doll", which I had the pleasure to produce. The song speaks out of my soul and inspired me to write this chapter.

Nevertheless: I'm not getting any younger, I look back and notice what an ocean of experiences is already behind me. And who knows, maybe I can pass something on after all, even if only one or the other attitude to things. So I kind of spread myself out and started writing it down. I noticed how easy it is for me to make music, as opposed to writing.


Now I am a musician, not a writer, so there is no shame in asking for help. I talked about it with Bernd Büttgens, a journalist friend of mine, and he found the idea worth pursuing. So we met and pondered how to set up such a project. He had the wise idea to make it a multimedia project. So on the following pages you will find not only texts in which I write, as my typing fingers have grown, but also pictures, videos and music, each selectable by link. Bernd has an alert and attentive eye on it. Thank you, Bernd!

It starts with three chapters. The first two tell of experiences in the Middle East. Mostly Beirut, Damascus and Ramallah. Places that have shaped me and changed me beyond the day. This part of the world has moved and touched me since I travel. And I travel since 1978. He moves me with all his dramas and the horrors that happen there. But I am also moved by the friendliness, respect and love I experienced there. The little stories are fragmentary, in fact much more has happened than I can write down. But maybe that's the way to make an impression. A third chapter tells about my instrument, the accordion.

The stories sometimes jump in chronological order. This is simply because I preferred to write them down spatially and sorted by topic rather than strictly chronologically. A lot of things happened in parallel: The musician has a different story than the studioperson, the producer a different story than the arranger. And the person itself again has a completely different history. Although these areas constantly overlap and interlock, I found it better this way around. Perhaps I will expand this report one by one.

I wish everyone a lot of fun reading, looking, listening.

THE MUSIC IS A BLESSING

I fell in love with her early. Into her sensuality, into her soul and into her body. But to her past, especially when you thought you were in the same circle with all the other lovers. Even in the approximation that I long believed I had to fill with meaning, without the obligation to answer for it. She seduced me young, blinded me. I'm a slave to her.

Well, times are changing. I can't face her unbiased anymore. At first she was friendly and in love. She flattered me, lulled me into the certainty of having found a place in the madness called life. In reality, however, she never gave me a choice and occupied my existence like a dictator who only has her own interests in mind and uses me. She frightens me, she plays with me instead of me, sends me dreams, robs me of sleep, makes me unable to make normal contacts.

She let me go everywhere but nowhere to go. And oddly, she spoiled my innocent enjoyment of herself. What brings light to other people makes me rather dark. I can't stand it anymore, I don't like it anymore, except in the moments when I make music, but I still need it, because I can't do without it. And I can't do anything outside of her. No plan B. However I turn and turn: She always ends up making me stand alone.

Maybe the music is more of a curse that a sneaky fairy has put down on my cradle for me? 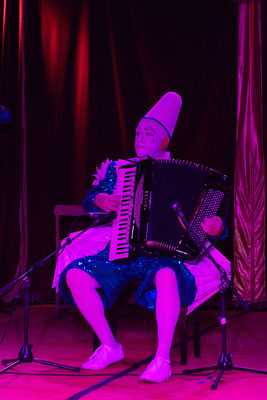 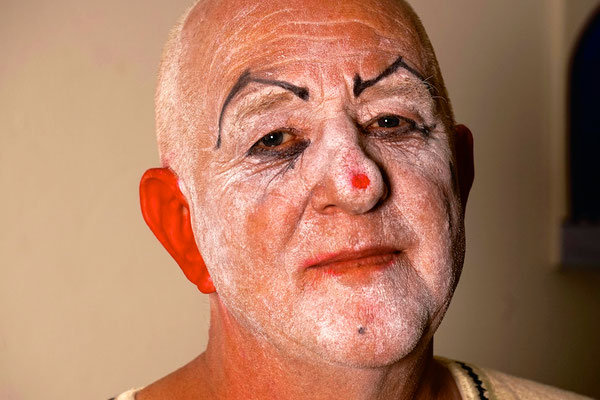 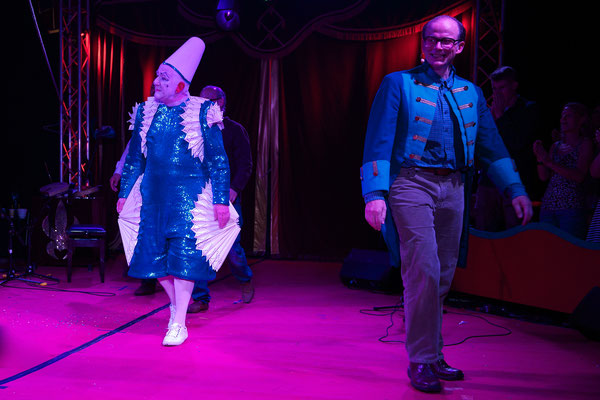